No other nominations were submitted prior to the deadline of 4:00PM CST October 5, 2022 for Councillor in Division 2, 4 or 6.

Notice of Abandonment of Poll:

*elections are the second Wednesday of November, every four years unless election day falls on a statutory holidays.  In that case, election day will be held on the Monday of that week

Term of Office for each member of Council, including Reeve, is four (4) years - with 2 sets of staggered dates such that Elections are every two (2) years.  If a member resigns prior to their term of office expiring a by-election is called.

Council Members Handbook including the roles and responsibilities for Reeve, individual Councillors and the Municipality!

Section 92 of The Municipalities Act sets out the duties of a Councillor: Persons eligible for nomination as a candidate in any Saskatchewan rural municipality must meet all the requirements listed below:

TIP: a candidate does not need to reside or own land in the division in which they seek office.  Candidates who are eligible to vote anywhere in the RM can run for office in any division, including Reeve.

Persons eligible for voting in a municipal election must be a Canadian citizen, at least 18 years of age, and must meet one (1) of the following requirements:

Voters must fill out Form "R" Voter's Registration Form prior to receiving a ballot, which is their declaration of eligibility.  Click here to view the form.

Following the withdrawal period ending Thursday October 8 2020 at 4:00pm, it will be determined whether or not a vote is required.

The RM of Invergordon has not established a mail-in ballot bylaw, all voting must be done in-person at either the Advanced Poll or on Election Day.

The RM Office is wheelchair accessible and all voters must adhere to the health & safety protocols currently in effect at the office.

The process of voting can be described by the below flow-chart: 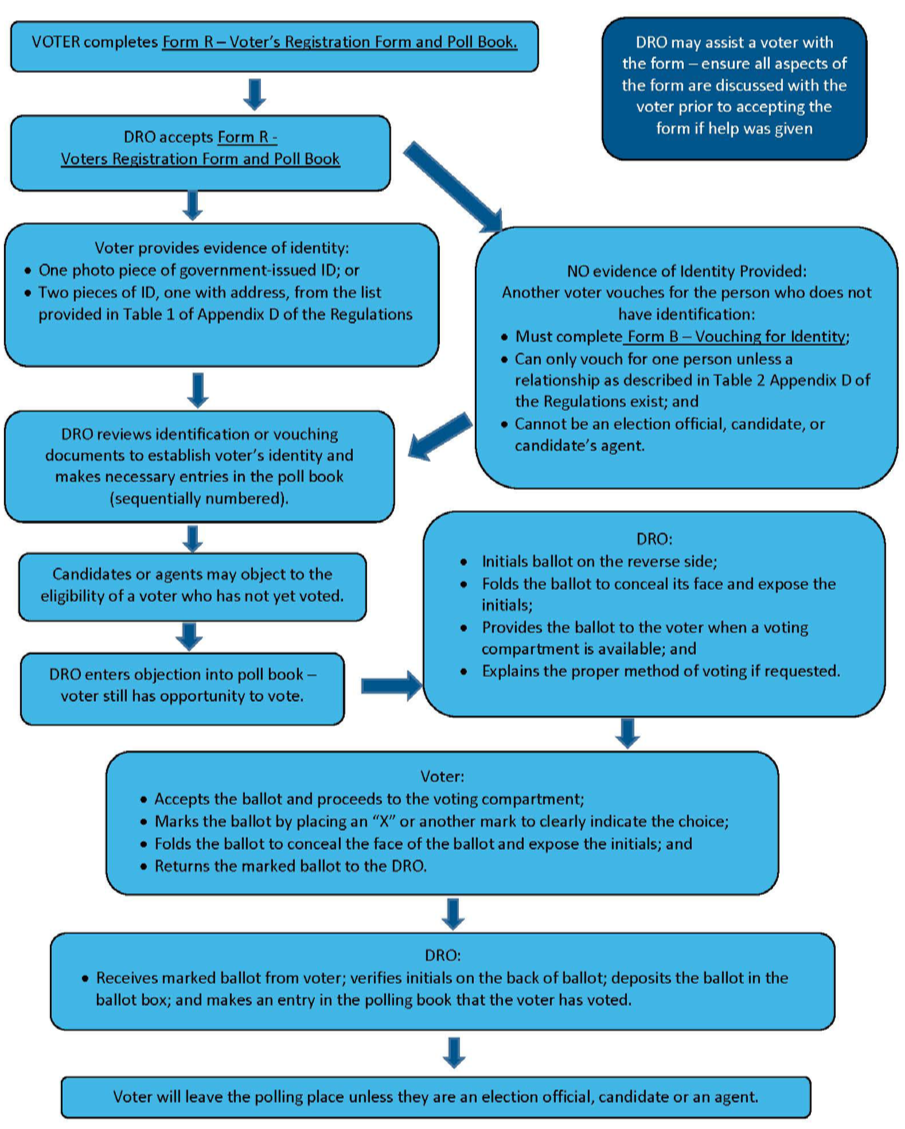